Advansor, a Danish OEM, is expanding its markets and introducing its CO2 products, Minibooster and Tower, to the French market at the 2019 SIFA (Interprofessional Refrigeration and its Application) trade show in Paris, on November 19-21.

The units are designed for the small-store format, up to 1200m2 (12,917ft2), which is the segment showing the most rapid growth rate, with the highest expected volume return on installed machines in the next two-to-five years, said Advansor’s International Sales Director, Darren Lacroix.

It was the third time Advansor participated at SIFA, according to Lacroix, and the trade show has developed enormously since the first time. “It appears to be six to seven times larger in terms of visitors and exhibitors,” Lacroix said.

One of the reasons for that growth, according to Lacroix, is the French government’s changed approach to energy efficiency, specifically in supermarkets and industrial refrigeration. It has set up incentive schemes rewarding end users for investing in CO2 technology. This has consequently led the manufacturers to offer more energy efficient and ecologically acceptable products, Lacroix said.

“The French [natural refrigerant] market is now living what Germany experienced two to three years ago,” Lacroix added. “We will be able to triple our market share in the next two years.”

The Minibooster was first introduced at Euroshop 2017, and since then around 600 units have been sold in Scandinavia, Eastern Europe and Germany.

The Minibooster is ultra compact, the units measuring 2.2m x 1m x 80 cm (7.2ft x 3.3ft x 2.6ft). It also has a low noise level, according to Advansor. The units come with reciprocating compressors and have a maximum capacity of 45kW (12.8TR) medium temperature and 11kW (3.1TR) low temperature. They operate with a 120 bar pressure.

The Tower was originally developed in collaboration with German retail giant Aldi, based on Aldi’s specifications, and is installed in more than 700 Aldi stores in Germany alone. Aldi is now starting to install Towers in its stores in the Netherlands, France and other countries where the retailer is present.

Advansor’s parent company Hillphoenix is looking at introducing the Minibooster and the Tower to North American markets in 2019.

Lacroix said industrial refrigeration is not as significant a factor for CO2 as commercial refrigeration, Advansor is nevertheless noticing a higher demand in logistics centers for cold storage rooms, food processing, skating rinks and many other formatted freezing towers.

Many designers are looking into a number of applications to apply CO2 technology in applications for which primarily ammonia or sometimes propane have been used. “Maintenance cost can go up to 10 times lower for CO2, which makes the CO2 solution pretty efficient for these applications,” he said. 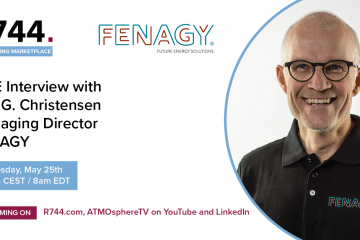