Félix Sanz, deputy manager at AEFYT (the association of Spanish HVAC&R companies), opened the conference’s market trends session by advocating for a change in mentality by the stakeholders in the sector.

He praised the European F-Gas Regulation’s HFC phase-down schedule, which is pushing for a wider uptake of natural refrigerants. But he noted that the higher prices for HFCs – which have increased dramatically this year – are also creating a black market for these.

Sanz welcomed the news that Spain and Portugal’s use of CO2 is growing and he noted in the last few years he has seen installations of transcritical CO2 increase by 20%-30% rate in commercial refrigeration systems (150 to 300 kW). “Today more than 50% of the members of AEFYT are working with natural refrigerants,” he said.

“The use of CO2 technology for refrigeration is unstoppable.“

Minguillón said “the use of CO2 technology for refrigeration is unstoppable,” since its “efficiency and safety are now well demonstrated”.

Portugal is also moving in the direction of natural refrigerants, said Filipa Alves, Environmental Engineer at the Portuguese research centre  ZERO. She credited innovative Portuguese retailers like Jerónimo Martins and SONAE, which have demonstrated to the market that CO2 and hydrocarbon can be used.

On the other hand, Alves said, greenhouse gas (GHG) emissions have increased in the country due to F-Gas emissions, which jumped from 1.4% to 5% between 2005 and 2016.

Similarly, the use of ammonia refrigeration in industrial refrigeration is also increasing in Spain according to AEFYT’s Sanz, and has been steadily growing  since the 1990’s.

Yet barriers remain: “Training, training and more training. I said it three times: it is extremely important for a greater adoption of natural refrigerants and to raise awareness about their properties,” Sanz said. “We need more communication through like training courses, events, conferences and trade fairs.” 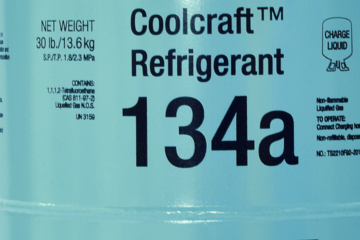