A study by researchers at the University of New South Wales (UNSW) in Sydney, Australia, suggests that elevated levels of high-GWP HFC-23 (R23) in the atmosphere could be linked to the commercial uptake of HFO-1234ze, which the study says produces R23 as a significant decomposition product.

HFO-1234ze, with a 100-year GWP of less than one, is one of several HFO chemicals that have been introduced as low-GWP replacements for HFCs, which are being phased down globally due to their high GWP and significant contribution to global warming. R23 has one of the highest 100-year GWPs, about 12,690.

“Despite its phaseout, the observed emissions of HFC-23 have been increasing recently and were the largest in history in 2018 with no conclusive explanation,” the researchers write in a preliminary (not yet peer-reviewed) report titled “Photodissociation of CF3CHO provides a new source of CHF3 (HFC-23) in the atmosphere: implications for new refrigerants.”

“This work suggests that the production of HFOs might be partially responsible,” adds the study, which was funded by the Australian Research Council.

The researchers cautioned that the investigation is inconclusive at this point as they continue further experimentation and modeling. However, the preliminary results show a connection between HFO-1234ze and the production in the atmosphere of significant amounts of HFC-23, with as much as an 11% +/- 5.5% conversion rate. This would produce a 100-year GWP of about 1,400 +/- 700 for HFO-1234ze, the study said.

The UNSW study follows a recent briefing from ECOS (Environmental Coalition on Standards), a Brussels, Belgium-based NGO, that advocates for adoption of a “lifecycle GWP” assessment of refrigerants, which considers the climate impact of their manufacturing processes and atmospheric degradation products, in addition to their direct global warming effect.

Christopher Hansen, Lecturer and ARC DECRA Fellow at the UNSW Sydney School of Chemistry – and one of the authors of the report – outlined some of its key findings last week in an online presentation at the Green Cooling Summit. The event was hosted by the German Environment Agency (UBA), Deutsche Gesellschaft für Internationale Zusammenarbeit (GIZ) and Germany’s Federal Ministry for the Environment, Nature Conservation and Nuclear Safety (BMU).

Hansen explained that HFO-1234ze, used as a refrigerant, foam-blowing agent and propellant, decomposes in the atmosphere into trifluoroacetaldehyde (CF3CHO) “with 100% molar yield.”

What happens to the CF3CHO is the focus of Hansen’s research. The photolysis (action of light) on this substance in the atmosphere is largely thought to produce molecular “radicals” (CF3 and CHO) that lead to benign compounds in the atmosphere (CO2 and HF). However, Hansen noted, “most studies” observe evidence for a “molecular channel” with a 2% yield of R23 from the breakdown of CF3CHO.

“This is concerning to me,” he said. “Even a small amount of R23, multiplied by a large number, would be a quite significant, or even disastrous, outcome.”

Comparison to a well-studied chemical

To gain further insight into this process, Hansen and his team looked at the atmospheric breakdown of an analogous compound, acetaldehyde (CH3CHO), which has been “well-studied,” he said.

“There is nothing here that should preclude the fluorinated species [CF3CHO] from accessing the same rich chemistry that the well-studied acetaldehyde [CH3CHO] does,” he said.

In particular, CH3CHO can decompose into CH4 (methane) and CO, which is analogous to CF3CHO forming CHF3 (R23) and CO, he said.

In lab experiments at zero pressure, the researchers concluded that there is “unequivocally a unimolecular pathway to HFC-23 from CF3CHO.” This, Hansen said, “raises a red flag,” though it’s not necessarily the same in the atmosphere.

To verify these findings, the researchers are engaged in an experimental and modeling program “to determine the fate of CF3CHO in the atmosphere explicitly,” Hansen said.

Early results from flow-tube reactor experiments are yielding findings “in agreement with our current results,” he noted, adding that he expects to complete the work in about two months.

U.S.-based Honeywell, a producer of HFO-1234ze, describes it as a “sustainable alternative to traditional refrigerants” that “meets your business criteria in performance, cost effectiveness, environmental impact and safety.” Honeywell did not respond to a request for comment on the UNSW study. 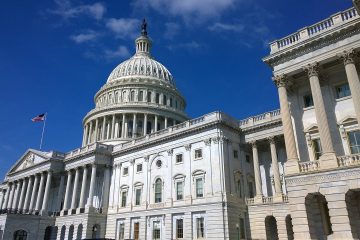