Temprite, based in West Chicago, Ill., supplies a line of coalescent oil separators (the 130 Series) for transcritical CO2 systems designed for up to 140 bar (2,030 psi). The company has deep connections in the European marketplace, having collaborated with the Danish Technological Institute on the development of a viable oil separator for CO2 applications. European OEMs have installed Temprite’s products in many of the transcritical systems that have proliferated over the past five years in Europe, reaching more than 5,000 installations.

Keeping an eye on the European market, Temprite exhibited at the Chillventa 2016 trade show in Nuremberg, Germany last month.

But in the U.S. market, where an estimated 200-plus transcritical units have been installed in supermarkets since 2013, Schmidt perceives “a reluctance by the supermarket industry to move to CO2 because of cost.” However, with the adoption of the Paris climate change accord this year, he expects the U.S. “to move in a green direction, like it or not,” adding at his Chillventa 2016 booth, “with the ascension of Hillary Clinton to the presidency, that’s a done deal.”

“[Using HFCs or CFCs] is like admitting you’re a heroin addict.”

Moreover, cost complaints are misplaced because end users “are getting a much better system that solves all of your problems, and you get heat out of it,” he said.

High ambient temperatures should no longer be an obstacle to transcritical system adoption, added Schmidt. In fact, the efficiency issues caused by warm climates were solved “five or six years ago.”

Another thing favoring CO2 refrigeration is the “opprobrium” that end users associate with using HFCs or CFCs, said Schmidt. “It’s like admitting you’re a heroin addict.” 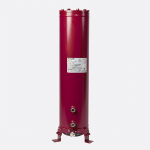 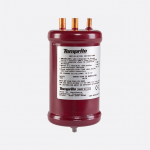