CO2 case studies revealed ahead of ATMOsphere Australia’s May debut

The ATMOsphere Review Board is proud to announce the case study selection for the conference on 16 May.

This case study provides an overview of the ammonia-carbon dioxide cascade refrigeration system installed by Gordon Brothers industries Pty Ltd for a large, greenfield abattoir facility in the Northern Territory. It was part of a complete kill floor to cooling process facility headed by Milmeq Pty Ltd.

This is the first time a cascade refrigeration system of this scale has been constructed to provide all the refrigeration requirements for an Australian meat processing facility. Even though NH3/CO2 cascade systems have been used before, an exhaustive design review process was carried out to ensure the system would perform to the highest possible standard. This review proved to be a great success, as the plant started extremely well and has run faultlessly since commissioning over a year ago.

The existing solutions include a combination of vapour ejector and parallel compression, but mechanical subcooling or water spray systems are also viable options. The advantages of parallel compression are that it removes directly the flash gas at intermediate pressure, saving up to 20% compared to R404a.

SCM FRIGO has been performing laboratory and field tests with a Danfoss multi-ejector since 2015. The mechanical subcooling, a packaged air-condensed R290 chiller equipped with a single reciprocating compressor prototype has been tested in a laboratory since early 2016. The expected results of the mechanical subcooling in a +35 degree temperature environment will be discussed.

The presentation will provide illustrations of an ultra-low charge NH3 system in cascade with CO2 which has incorporated a variety of design features that are highly energy efficient, leading to reductions in TCO (Total Cost of Ownership) of up to 20%.

Heatcraft will share experiences from a Piggly Wiggly store in Columbus, GA, USA which utilises the ultra-low charge NH3/CO2 cascade system. This study will share the lessons learned and will validate the design and performance evaluation of the NH3 system in the supermarket environment. Results of preliminary energy efficiency data directly obtained from the real-life operating store will be presented with a NH3 system and an HFC system that is installed at the store, giving an unparalleled comparison between NH3 and HFC systems.

The presentation will review Bitzer’s transcritical CO2 combined cooling packages, delivered to Coles for their new store in Melbourne’s Coburg North. As part of this project, Bitzer designed, manufactured and supplied two identical triple temperature systems to supply 100% of the store’s low and medium-temperature refrigeration requirements, as well as the store’s air conditioning and heating requirements via a CO2 transcritical booster system with parallel compression.

The system is a first for any commercial retail environment in Australasia. Since opening in August 2015, the store has achieved significant energy savings compared to its business as usual R134a/ CO2 hybrid systems, instantly becoming one of the most efficient stores in Coles’ fleet of supermarkets.

Analysing state-by-state across three different store sizes: up to 1,500 m2, 2,000-2,750 m2 and 3,000 m2, the study intends to show the benefits of applying CO2 for all fixtures including AC, MT and LT refrigeration and heating in the cooler climates. Visser argues that supermarkets use seven times as much energy per m2 than Melbourne office spaces, and three times more per m2 than Melbourne hospitals, and that CO2 systems are far more energy efficient than HFC systems due to reduced refrigerant leakage.

Commercial Refrigeration Services has installed over 50 CO2 transcritical systems in South Africa – that’s more than China, Indonesia, Australia and New Zealand combined. In February 2016 CRS opened the first CO2 training and R&D facility in Africa to train technicians and contractors on using and maintaining CO2 systems such as the company’s CO2 chillers, heat pumps and condensing units. The facility includes a section that resembles a small supermarket fitted with CO2 cabinets and freezers.

CRS has worked successfully for six years to prove the efficiency of CO2 transcritical systems in a high ambient climate and with its close affiliation with Woolworths South Africa, hopes to soon bring its technology to Australian and New Zealand shores.

Strathbrook Industrial Services has operated in NSW for over 20 years. In the past decade, Strathbrook has shifted its focus to CO2 systems for commercial refrigeration. F. Mayer is an importer of premium gourmet foods and a key supplier in the Australian marketplace.

Six years ago Mayer expanded its distribution centre and turned to Strathbrook’s for the system design. Since then, F. Mayer has expanded additional plants in Sydney and Melbourne with the case study comparing the three plants and the increase in energy efficiency over the past six years.

The case study examines the installation of a 4-cylinder CO2 transcritical compressor to mitigate the presence of fluids at high temperature at the inlet of the gas cooler, which can cause reduced cooling capacity and poor energy efficiency.

The adoption of economised cycles is one of the most common methods for improving performance, but these systems are complicated and require the installation of two different compressors and devices for oil distribution. The 4-cylinder compressor has been specifically designed for such applications and this presentation showcases the results of an installation in a 50 kW air-to-water heat pump for high temperature water production.

The presentation covers the daunting proposition facing users of refrigeration in choosing which type of system to use. As the global phase-down of HFCs continues, the presentation asserts that the area of greatest concern is the heavy commercial/light industrial sector (50kW-500kW), as this capacity range has typically used large quantities of HFCs (200kg-1,000kg).

The ATMO events are not only growing in size, but also conquering new territory, with the first ATMOsphere Australia 2016 set to take place in Melbourne on 16 May.

Established as a significant forum for discussions on the business case for natural refrigerants in several regions, the focus will now shift to Australia and New Zealand. ATMOsphere Australia 2016 participants will discover emerging trends in commercial and industrial refrigeration as well as air conditioning with natural refrigerants.

The conference will offer participants a full programme of over 30 presentations, focusing on policy, market trends and end user success stories. 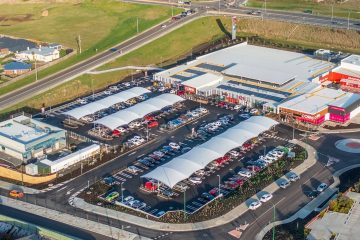 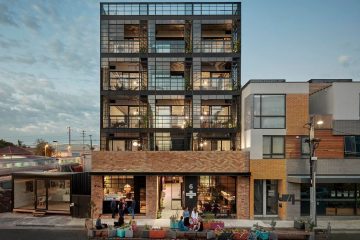