In Argentina, during two conferences organised in the cities of Buenos Aires and Rosario (on 4 and 6 December 2017 respectively), Italian research institution Centro Studi Galileo (CSG) announced that a formalised European training and certification scheme for low-GWP refrigerants, including CO2, will take place.

The scheme is expected to work with the help of AREA (the European Association of Refrigeration, Air Conditioning and Heat Pump (RACHP) Contractors) and the EU-funded project ’REAL Alternatives 4 Life’.

The Argentinian Ministry has also announced several certification sessions as part of a series of United Nations Industrial Development Organization (UNIDO)-funded projects, according to Marta Comte – a consultant for the national ozone offices of Tunisia and Argentina – to prepare technicians to move towards low-GWP refrigerants.

Argentina, which under the Kigali Amendment to the Montreal Protocol is an Article 5 Group 1 country, will start phasing down HFCs in 11 years’ time.

The country is not currently using many HFCs because it is still using HCFCs. For example, in 2016, the Latin American nation used 6,000 tons of R22 and a total of 2,000 tons of HFCs, according to Ministry of Environment figures.

“We would like to move directly to alternative refrigerants without passing through HFCs.”

Laura Beròn, Ozone Office at the Argentinian Ministry of Environment

“We would like to move directly to alternative refrigerants without passing through HFCs,” said Laura Beròn, a coordinator in the Ozone Office at the Ministry of Environment.

Some CO2 systems are currently being used. “We already have 11 supermarkets with alternative refrigerants in this country, working with CO2 transcritical systems,” Francesco Mastrapasqua, EPTA’s refrigeration systems manager, told the conference. “They could be a leading example for the widely expanded net of supermarkets in the country, which is mostly condensed in the three provinces of Buenos Aires, Cordoba and Mendoza.”

One European retailer working in Argentina announced that due to the HFC phase-down, all future installations in its supermarkets will use alternative refrigerants like CO2 or other low-GWP options, depending on the cost and technical requirements.

They expect 50% of new installations to be either CO2 only or cascades.

Supermarket chains like Walmart, Carrefour and Argentinian retailer La Anonima were also in attendance at the conference.

Adrian Muresan, application engineer at Dorin, explained how sub-critical carbon dioxide systems for medium and large supermarkets and systems with hydrocarbons could be used in Argentina and have already been used elsewhere.

Leading manufacturers such as Alfa Laval, the CAREL Group, Officine Mario Dorin, Epta, Embraco, LUVE, and end users such as Inres Coop were also present at the conference. 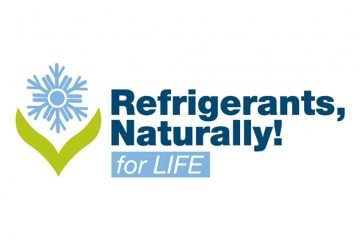 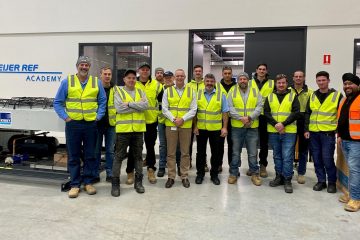