Transcritical CO2 refrigeration is becoming an increasingly popular technology in the ice rink industry for creating the rock-hard ice needed to support skaters.

But another issue facing ice rinks is controlling humidity,  which can cause fog, condensation, mildew, odors and rust, and drive up energy costs.

The most popular way to dehumidify ice rinks is desiccant dehumidification, where the moisture is absorbed by an absorbent material, which then has to be “reactivated” with high-temperature heat. The method is effective, but also energy intensive.

An effective strategy for reducing the energy consumed in desiccant dehumidification is to leverage the waste heat from the ice rink’s refrigeration system. This is one of the energy-saving insights in a new research report from EKA (Energi & Kylanalys), a Swedish firm that offers consultancy services in refrigeration, energy analysis and energy efficiency, with a specialty  in ice rinks, including CO2-cooled arenas.

Desiccant dehumidification originally used the recovered heat in combination with electricity, saving up to 40% of the electricity consumption. But newer technology uses water-based heat at 60°C (140°F) to reactivate the dehumidifier, which makes it possible to lower the electricity demand even further, EKA states in its report.

“Results and experiences show that more than 80% of the dehumidification energy demand can be covered by recovered heat from the refrigeration system,” the EKA report authors say.

CO2-cooled ice rinks – from which significant amounts of waste heat can be recovered – have a particular advantage here, EKA previously explained in a 2018 research paper. “Carbon dioxide refrigeration systems provide more heat at a higher temperature level than other refrigerants which is a perfect match to the dehumidification heat demand,” said the paper, titled “Reactivation of ice rink sorption dehumidifiers with recovered heat.”

“When the dehumidification demand peaks, during the warmer part of the year, we also have more heat available [from CO2 refrigeration],” Jörgen Rogstam, Managing Director, told R744.com.

Where does the moisture come from?

There are two moisture sources in ice rinks — internal and external. Internal sources include the exhalations and body heat from the skaters and audience inside the rink, and in some cases vaporized water from the resurfacing process or the melting pit.

The external sources bring in moisture from outside the rink by convection through openings of the building – also called air leakage in the EKA report –  or by diffusions through the building envelope.

Air leakage, often due to differences in indoor and outdoor air pressures, is “by far” the biggest moisture source, the report states. The magnitude of the air leakage is usually large enough that it “practically” becomes unnecessary to bring in fresh air via the ventilation system. In a typical Swedish ice arena the leakage is normally 5-15% per hour.

“The damper of the outside air should therefore be kept closed to minimize the moisture load and only be opened if the CO2 levels of the arena room become too high,” the report says.

The ventilation and dehumidification distribution systems of an ice rink should be separated, the report stresses.

Relative humidity is often the metric used in discussions of moisture levels at ice rinks, but since it varies with temperature, it says little about the actual moisture content in the air.

Consequently, the best way to tackle mositure is to look at absolute terms like dew point or humidity ratio, the report says.

The dew point should be maintained between 0°C and 2°C (32°F and 35.6°F) in order to ensure a sustainable and optimal indoor climate, the report notes. If it is lower than 0°C it intensifies the moisture loads due to vaporization of resurfacing water,  and if it is higher than 2°C there is an increased risk of problems related to condensation.

Controlling dehumidifiers according to relative humidity instead of dew point or humidity ratio often results in “unnecessary operation,” and thus increased energy usage if the arena gets “over dried,” the report says.

The report describes a field study where an ice rink used a relative-humidity control strategy. The researchers concluded that 30% of the dehumidification energy had gone to waste, which meant that 44MWh of the electricity could have been saved on a yearly basis. 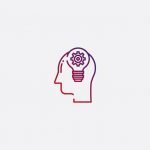