“Energy-wise the system performs at 5.6 combined heating/cooling coefficient of performance on a yearly basis, which is very high in its class,” Francesco Mastrapasqua, sales and marketing manager (refrigeration systems) at the Epta Group, told R744.com.

For the store climate, Epta provided heat recovery and supplied or selected all the relevant parts, including ceiling cassettes, an over-door heater, an air distribution system, a fresh air intake duct, a leak detection system and interconnecting pipework.

“To date, the plant has performed without issue, and has met and in some cases exceeded the expected performance of both the theoretical calculations and those of the prototype unit,” Mastrapasqua said.

Nonetheless, he cautions that with a CO2 transcritical system – particularly when heat recovery is included – it is important to wait until a full twelve-month period has elapsed in order to before evaluate plant behaviour under year-round operating conditions.

“On a yearly basis, we expect energy savings of more than 21% compared to an equivalent HFC-based (R407a-R410a) solution and a TEWI reduction of 57%,” said Mastrapasqua.

He argued that the system is safe and efficient any time of the year – “not only in the UK where the climate is relatively mild and cool, but also in warmer countries”.

Modifications like mechanical sub-cooling can help to improved efficiency in summer. “With ambient temperature highs exceeding +35 degrees Celsius, even +50 degrees Celsius in the case of [our] Australian plant, sub-cooling technology is a viable solution,” said Mastrapasqua.

He also spoke of a worldwide trend towards opting for fully integrated building management – encompassing refrigeration, heating and air conditioning. “This comes naturally when choosing CO2 transcritical, as combining these different needs is hyper-efficient and cost-neutral,” he argued.

Asked to estimate the payback period for the Co-op system, Mastrapasqua cautioned that the unique nature of the Horwich site makes it difficult to identify like-for-like comparisons. “But we now know that it’s possible to purchase and install a CO2 plant on a cost-neutral basis compared with HFC. Hence our goal is to make this solution pay at start-up.”

Production began in September last year, with plant delivery and installation coming in October and system commissioning and handover following in November. The store was opened on 26 November 2015. 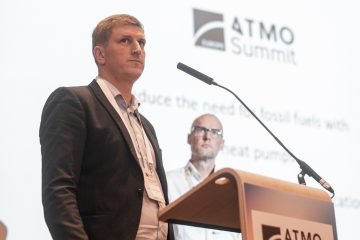 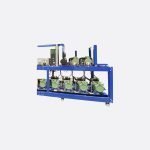