The World Economic Forum has named a Danfoss refrigeration and air-conditioning compressor factory in Wuqing, China among 16 of the world’s most advanced smart factories.

At the factory – recognised by the World Economic Forum from among 1,000 candidate sites – workers use intelligent Bluetooth-connected tools that automatically detect if an assembly process is being incorrectly performed. Workers are supplied with components by automatically guided vehicles.

Thanks to these and other smart technologies, employee productivity has increased by 30%, while scrap costs have fallen by 20% and customer complaints are down 57%.

Ruixing Zhang, senior director of operations for Danfoss in Wuqing, described the result as, “a clear testament to the fact that our digitalisation effort has paid off in terms of productivity, quality improvements and customer satisfaction”.

The World Economic Forum announced the list of 16 smart factories on 10 January, at its 2019 Annual Meeting in Davos, Switzerland.

Helena Leurent, who heads the World Economic Forum’s ‘Shaping the Future of Production Systems’ initiative, said: “The 16 selected factories are leaders in the technologies of the Fourth Industrial Revolution. They create value and resilience through the supply chain, and agility and responsiveness for customers.”

”We work with digitalisation on all levels in the organization,” and “we invest heavily in this area, to secure that we are ahead of the curve,” said Danfoss President and CEO Kim Fausing. “So, we are very proud to get recognised for this,” he added. 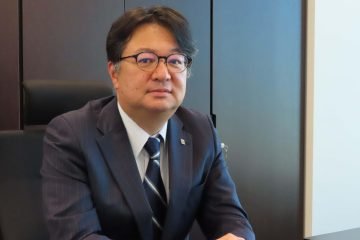