Danish component manufacturer Danfoss has expanded its “Refrigerant Slider” mobile technicians app into what it is calling “Ref Tools,” which also includes four other refrigeration and air conditioning applications, and made it available for free download June 2.

The  expanded Refrigerant Slider app can be accessed in a web browser version here, as well as in the Apple App store and the Google Play Store.

“”By putting helpful tools in our customers’ hands, we hope to make their daily tasks in the field much easier so they can save time,” said Janni Koie, Director of Concepts & Content at Danfoss Cooling.

The original Refrigerant Slider, which has been downloaded more than 2 million times, according to Danfoss, is available in the new expanded app; it calculates the pressure/temperature (P/T) ratio of more than 80 refrigerants. The other four applications in the expanded Refrigerant Slider are: Low-GWP tool, Magnetic Tool, Spare Parts, and Troubleshooter.

The Low-GWP tool lets users “find and compare climate-friendly refrigerants for retrofitting by checking compatibility with the cooling system’s TXV [thermostatic expansion valve],” while the Magnetic Tool helps them “test and troubleshoot solenoid valve coils,” according to a Danfoss press release.

The Spare Parts feature lets users “access and order an extensive list of Danfoss spare parts and service kits for industrial refrigeration applications,” and the troubleshooter allows users to identify and fix common problems in a refrigeration system.

In addition, the Ref Tools app enables technicians to track their most visited service sites and save unique settings for each one. Users can also access Danfoss’s “Chilling with Jens” podcast in the app.

Koie said additional tools will become available for the app “down the road.”

By putting helpful tools in our customers’ hands, we hope to make their daily tasks in the field much easier so they can save time.” 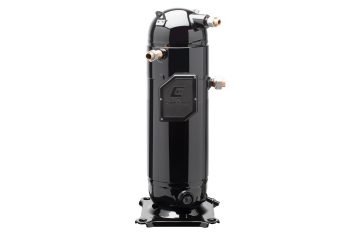 shecco Rebrands as ATMOsphere to Scale Up the Clean Cooling Economy