The prevalent use of HFO-1234yf as a replacement for HFCs in mobile air conditioning (MAC) and other applications is raising growing concerns about the creation of trifluoroacetic acid (TFA), a highly durable chemical, in the atmosphere and in drinking water, according to a panel of cooling industry experts.

The panel participated in a session on the impact of refrigerants on health, safety and climate at the ATMOsphere Europe conference, held online September 28-29. (ATMOsphere Europe was organized by ATMOsphere, publisher of this website.) The session included Michael Kauffeld, Professor at the Karlsruhe University of Applied Sciences in Germany; David Behringer, Project Manager, Öko-Recherche, a German Environmental consultancy; Carolina Koronen, Programme Manager, Environmental Coalition on Standards (ECOS), an environmental NGO based in Belgium; and Thomas Frank, CEO, Refolution Industriekälte, a German engineering firm.

HFO-1234yf changes within 10-12 days in the atmosphere entirely into TFA, and washes down to Earth in rainwater into local geographies, accumulating in fresh water bodies and drinking water. By contrast, only 7-20% of HFC-134a, which HFO-1234yf is replacing in MAC, converts to TFA on a widely distributed basis over 13.4 years. As a result, the transition to HFO-1234yf from HFC-134a leads to up to 250 times higher localized deposition of TFA, according to a study cited by Kauffeld.

Moreover, TFA belongs to the category of highly durable “forever chemicals” known as PFAS (per- and polyfluoroalkyl substances). Because it is extremely difficult to remove from drinking water, the higher localized deposition of TFA poses “a higher burden on local ground and drinking water,” said Frank.

“Once TFA is in the environment, it is going to stay,” said Behringer. “We don’t have feasible methods to remove large quantities of TFA from the environment.”

Kauffeld cited a 2017 study published in Water Research found levels of TFA in five locations along the Rhine River in Germany ranging from 0.4 to 1.4µg/L.

According to data provided by Frank, the maximum tolerable TFA concentration in drinking water is 60µg/L, but the target value to “minimize environmental pollution” is 10µg/L.

Frank also cited studies that demonstrated the harmful effects of high TFA concentrations on the livers of rats. He also noted the damaging effect of higher levels of fluoride on rats’ thyroid glands.

Looking ahead to 2040, Behringer projected the “maximum HFO substitution scenario” in which there is a strong uptake of HFOs and blends in refrigeration, air conditioning and heat pumps. Under those circumstances, he estimated a TFA deposition of about 10,000 metric tons per year by 2040 over European land, rising from about 2,000 metric tons in 2020. The period of greatest acceleration takes place now through 2030.

Behringer and Frank acknowledged that at this point there are a number of uncertainties about the exact amount of TFA that will eventually accumulate in the environment and its long-term effects on health and the environment. But given the persistence of TFA and its potential harmful effects at higher concentration levels, it is best to invoke the precautionary principle and “reduce the emissions of precursors of TFA,” Behringer said.

“TFA in the groundwater damages drinking water for ourselves, our children, our grandchildren and generations to come,” said Frank, “so we should stop immediately.” He encouraged conference attendees to sign a petition he created calling for the EU to switch to natural refrigerants only.

While the focus of the presentations was on the degradation product of HFO-1234yf, namely TFA, Koronen of ECOS pointed out that the manufacturing of refrigerants also contributes to their environmental and climate impact. ECOS recommends that the EU therefore look at the lifecycle GWP of refrigerants, which includes manufacturing, the standard GWP, and degradation products. (TFA degrades into a small but significant amount of R23, which has a GWP of more than 14,000.)

In terms of production-related emissions, Kauffeld reported that that HFO-1234yf produces 10 times as much CO2e emissions as CO2 (R744).

The chemical industry has addressed the deposition of TFA in a recently published study funded by the Global Forum for Advanced Climate Technologies (globalFACT), which represents f-gas producers Chemours, Honeywell, Arkema and Koura (and equipment manufacturer Daikin). The study concluded that “with the current knowledge of the effects of TFA on humans and ecosystems, the projected emissions through 2040 would not be detrimental.”

But the study also acknowledged that “the major uncertainty in the knowledge of the TFA concentrations and their spatial distributions is due to uncertainties in the future projected emissions.” 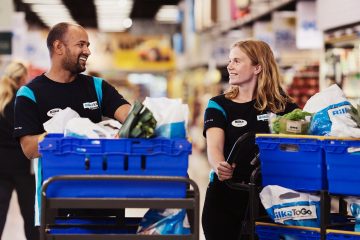