The growth of natural refrigerants in the French market could be observed at Sifa (Interprofessional Refrigeration and its Application Trade Show), held in Paris in November.

In its fifth year, the annual Sifa show has become an important meeting place for all players in the French refrigeration sector: manufacturers, refrigeration engineers, end-users, design offices and OEMs. Co-organized by PYC and Infopro Digital, the 2019 edition took place November 19-21 and featured 126 exhibitors (with 20% growth in exhibition space) and 3,600 visitors.

Natural refrigerants such as CO2 still represent a relatively small part of the French market. “Even if CO2 installations are sold every week, this is not much and not yet enough compared to other installations,” said one exhibitor, who added that “it is important that the national scheme continues to support the sector in this transition in the long-term.” The French government as of January 2021 will implement an HFC tax.

But other exhibitors were optimistic about their growth prospects in France. “We will be able to triple our market share in the next two years,” said Darren Lacroix, International Sales Director for Danish OEM Advansor. “The French market is now living what Germany has experienced two to three years ago.”

Carly, which manufactures oil separators, also sees CO2 market growth. “More and more people are interested in CO2 applications, and the components Carly offers are in high demand because the issue of oil return is crucial for CO2 installations,” said Laurent Assoun, European Sales Manager for Carly. He is receiving requests “on all our product ranges from mini-market to industrial applications.”

Carly has a good experience with the U.K. market, which is very mature. “but our goal is to develop our activity in less mature markets such as the French one and Southern Europe,” said Assoun. 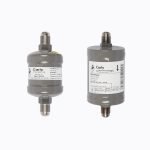 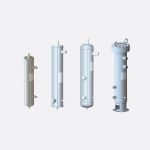 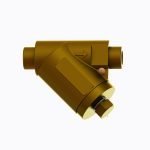