German Environment Agency Says HFOs Should Be Replaced by NatRefs

In a new 259-page study of the environmental impact of HFOs , the German Environment Agency (UBA) concludes that HFOs used as refrigerants, foam blowing agents and aerosol propellants “should be replaced by more sustainable solutions with halogen-free substances” such as natural refrigerants.

The report – “Persistent degradation products of halogenated refrigerants and blowing agents in the environment: type, environmental concentrations, and fate with particular regard to new halogenated substitutes with low global warming potential” – focuses on the degradation products of HFOs, notably the conversion of HFO-1234yf into trifluoroacetic acid (TFA) in the atmosphere.  Atmospheric TFA descends to earth in rainfall, and the report noted that higher levels of TFA have been found in rainwater.

TFA, according to UBA, is “classified as hazardous to water.” Moreover, because of the persistence of TFA in the environment and the difficulty of removing it from groundwater and drinking water, the UBA says in the report that the use of HFOs as substitutes for HFCs “must be regarded as problematic.”

“Alternatives with natural refrigerants should be preferred and promoted,” the report adds.

In support of these conclusions, UBA commissioned a two-year TFA measurement program, carried out in Germany for the first time, from February 2018 to March 2020, with samples from eight German Meteorological Service measuring stations. The mean monthly TFA precipitation concentrations reached up to 4.87 micrograms per liter. One-year TFA inputs amounted to 190 g/km² in 2018/19 and 276 g/km² in 2019/20, an increase of at least three to four times compared to the period 1995/96 (54 to 69 g/km²).

Based on that data, UBA modeled the “maximal future use and emissions” of HFOs up to 2050.  “The projections show that in the future, especially the emissions of the refrigerant [HFO]-1234yf from mobile and stationary air conditioning will add a large additional share to the amounts of TFA or trifluoroacetate in the atmosphere.”

“If manufacturers and operators now change over to systems using natural substances with a low global warming potential, such as hydrocarbons, carbon dioxide or ammonia, both the emissions of TFA can be significantly reduced and the climate can be protected,” said UBA President Dirk Messner, in a statement.

The authors of the report include:

The UBA study follows other appraisals of the impact of HFOs and TFA on the environment and human health.

Earlier this month, ECOS (Environmental Coalition on Standards), a Brussels, Belgium-based NGO, called for the European Commission (EC)  to evaluate the “lifecycle GWP” of alternatives to HFC refrigerants (including HFOs), which considers the climate impact of their manufacturing processes and atmospheric degradation products, in addition to their direct global warming effect.

In February, a report released by Refolution Industriekälte GmbH, a Karlsruhe, Germany-based  consulting and engineering firm, said that long-term exposure to TFA can potentially damage the liver and the thyroid function in humans.

Refolution also initiated a petition on change.org that urges European Union (EU) authorities to effectively allow only natural refrigerants to be used in new installations starting in 2022.

Neither Chemours nor Honeywell, both producers of HFOs, responded to a request for comment on the UBA study. A spokeswoman for Chemours previously defended their use, saying in 2018 that projected future levels of TFA due to continued use of HFOs are still judged to present negligible risks for aquatic organisms and humans.

“Alternatives with natural refrigerants should be preferred and promoted.” 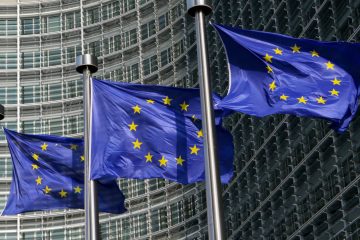 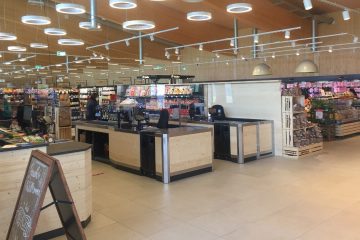 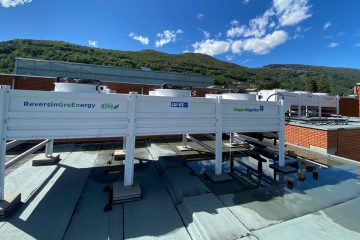