This was the message from Lorenzo Bellemo, R&D Energy Expert at GEA, who was speaking during the third High-Temperature Heat Pump Symposium, which took place in Copenhagen on March 29–30. The symposium was organized by DTI, Technical University of Denmark (DTU), SINTEF and the European Heat Pump Association (EHPA).

“It goes without saying, we need to add heat pumps to these processes,” Bellemo noted.

In addition to the significant increase in COP observed, the researchers also found that the HTHP reduced the gas consumption of the boiler by around 50% and that adding parallel heat recovery reduced the specific electricity consumption of the CO2 heat pump by approximately 15%. These improvements amount to a reduced system footprint and reduced system cost as well, Bellemo concluded.

Spray dryers separate the solids and the solvent in a suspension by spraying the mixture through a nozzle into a hot vapor stream where the suspended solids are dried to particles while the solvent vaporizes. The process requires a temperature over 200°C (392°F). Spray drying is traditionally carried out by fossil-fuel-based heating systems.

Since 2019, GEA has been working on a pilot system in Denmark that integrates an HTHP with a traditional gas heating system for spray drying. The researchers have proved that the CO2 heat pump can provide hot water up to 130°C (266°F) and chilled water of 2–12°C (35.6–53.6°F) simultaneously.

“It goes without saying, we need to add heat pumps to these processes,”

The HTHP, which uses BOCK compressors, can preheat the process air. Conventional systems use process air that is ambient temperature, around 15°C (41°F), but by integrating the CO2 heat pump, the process air can be preheated to around 120°C (248°F) with the hot water produced by the heat pump. By adding a boiler economizer, the system can also recover a significant amount of heat by splitting the return water between the heat pump and the economizer.

In another session at the HTHP symposium in Copenhagen, the International Energy Agency’s (IEA’s) Annex 58 project revealed that a review of the current market for high-temperature heat pump systems with supply temperatures greater than 100°C (212°F) and found at least 17 projects in various stages of development using natural refrigerants as the working fluid. 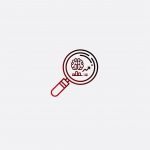