The gas detectors, made by South Korean manufacturer Senko, continuously monitor CO2 levels, enhancing the gas safety and security of Robinsons’ personnel and facilities across the U.K., according to a recent statement from IGD.

IGD has been manufacturing gas detection equipment since 1917 and also specializes in gas safety and analysis. According to the manufacturer, its products are designed to protect people and plants against gas hazards in industrial, research, commercial and domestic applications. It also provides a range of fixed sensors and portable monitors for accurate and fast detection of CO2 in refrigeration.

CO2 hazards in the brewing industry

Family-run Robinsons Brewery has been making beer in the U.K. since the mid-1800s and has gained a global reputation for its top-of-the-range products.

As with many breweries, Robinsons faces many gas hazards throughout the beer-making process, but its most pressing gas hazard is CO2, which is produced predominantly during the fermenting process but is also present during bottling, delivery and keg-tapping.

To mitigate the hazard, Robinsons has used other portable CO2 monitoring devices to keep staff safe. However, due to the complexity, inaccuracy and unreliability of these devices, many of the brewery’s engineers didn’t use them, putting themselves in danger.

According to IGD, Robinsons Brewery was in need of a more suitable product “to strengthen the safety of their team of engineers.”

“We supplied Robinsons with the iGAS CO2 [portable gas detector], which eliminated all of their issues and also went above and beyond to offer a range of additional benefits,” added IGD.

IGD’s iGAS CO2 portable gas detector is designed to protect personnel from toxic levels of CO2 in a lightweight, compact and portable format and can operate in temperatures from -20°C (-4°F) to 50°C (122°F), according to the manufacturer.

The device operates on a 14-day operating time and charges via micro USB, which solved Robinsons’ issue of workflow disruption due to the frequent and difficult recharging of its previous detectors.

“This portable CO2 monitor is one of the most durable on the market, offering an extensive datalogging capability in a fully maintainable device,” said IGD.

IGD offered Robinsons a 90-day trial, allowing the brewery to test the devices in various areas of the business. Staff were able to get a feel for the instrument and all its features while the brewer could ensure it was employing the right device to enhance staff safety on site, said IGD.

According to Allen Bellamy, Trade Quality Brewer at Robinsons, he and his team were “astounded” by the capabilities of the iGAS CO2 detector. The device’s operating time, simplicity and USB-charging massively reduced the disruptions in workflow among the team and ensured reliable and continuous protection from the hazards of CO2.

“The success of the trial meant the team of engineers welcomed the iGAS portable CO2 monitor into their daily routine,” said IGD. “Implementing the iGAS was a no-brainer for Robinsons.”

Robinsons has since purchased several iGAS CO2 portable gas detectors and has recommended the device to other parts of the business, including its logistics team and new brewery site.

“[We] are delighted to have provided the iGAS [CO2 portable gas detector] for Robinsons Brewery,” said IGD. “Robinsons [is] now leading the way for gas safety in the beverage industry, helping to demonstrate the importance of gas detection for this industry and how easy it can be with IGD.” 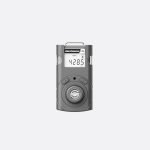