The announcement, which has long been in discussion over the past several years, signals a monumental shift for CO2 regulation in Japan, opening the door for significantly wider adoption of larger CO2 systems in commercial and industrial applications.

The KHK is a Japanese standards body that develops and issues technical standards to ensure the safe use of high-pressure gases.

The group administers the High Pressure Gas Safety Act, which is in place to regulate the production, consumption and handling of high-pressure gases in Japan.

Until now, this law has restricted the use of CO2 in large refrigeration systems, subjecting manufacturers to heavy administrative burdens.

However, beginning 25 July, CO2 will now be re-classified under the law – moving from the strictest level of Group 3 to the least restricted level of Group 1.

What this means is that several administrative restrictions, such as government notification or permission, are no longer required for any manufacturer of CO2 equipment with a daily refrigeration capacity under 20 tons (previously under three tons).

Specifically, a piece of equipment which is capable of removing the amount of heat required to convert one ton of water at 0°C into one ton of ice at 0°C in 24 hours, is said to have a refrigeration capacity of one ton per day.

CO2 systems to proliferate in Japan

What is expected now is that the new safety standards should make it easier for manufacturers to introduce larger CO2 refrigeration systems to the market, creating more options for end users.

So far in Japan, we have seen the uptake of mass produced CO2 condensing units (up to 20 HP).

The updated regulations should trigger the expansion of the line-up of this system type (up to 40 HP) in the market, as well as increased uptake of CO2 booster systems in industrial refrigeration applications such as food processing and small capacity cold stores. 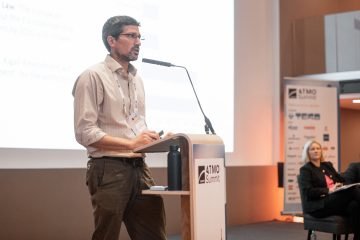 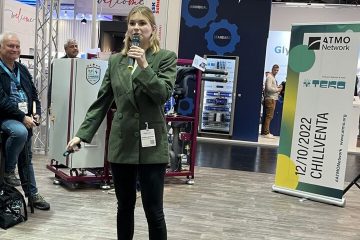