The updated microprocessor will “meet the industry’s demand for a more capable controller” and will be delivered with all orders of the Logix Industrial Refrigeration System (RCS) panels going forward, the company said in a statement. It will also be provided for expansions and retrofits of RCS systems.

The Logix RCS controls the CO2 compressor and all the other equipment within the system, including condensers, evaporators, accumulators and valves. The controller, designed specifically for industrial CO2 systems and developed in collaboration with South African refrigeration consultancy FGN, was launched in March.

New features in the Axiom III microprocessor include 70% more I/O capability than its predecessor, producing the “most cost-effective solution,” according to Logix. It has “much more flexibility with modern connectivity capability to integrate with local utilities/smart grid, plant PLC’s, clouds, and building management systems,” the company said.

The Axiom III also has a built-in physical network isolation, which “drastically increases uptime and simplifies IT overhead.” Logix has also considered the recent supply chain issues for microchips and utilizes widely available components to create the most robust supply chain, the company stressed.

Logix and FGN developed the RCS controller because they felt there was a gap in the controller market due to the growing use of CO2 refrigeration in industrial applications. The “robust” RCS CO2 system controller was designed to “maximize the energy efficiency of large industrial CO2 system operation throughout the entire year and ensure the safest operation at the same time,” Logix and FGN said at the launch.

“There is a lack of control logic focused on industrial applications making use of CO2, as well as control logic that [not only] utilizes the benefits of CO2 as a refrigerant, but encompasses other facility requirements from a holistic approach,” said Antonio De Lourdes, Director of Business Development at Logix.

“Dealing with large projects, a small gain in efficiency can lead to a big benefit to the client, and having a system that not only monitors the various requirements, but enables a user to control and gain optimum efficiency off all requirements within an industrial application, will be of great value,” De Lourdes noted at the time. 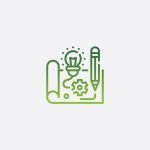