Tecnac Expands into U.K. and U.S. Markets with CO2 Components

Spanish component manufacturer Tecnac is moving into the North American and U.K. markets with new UL and UKCA (UK Conformity Assessed) certification for a number of its components for CO2 (R744)-based applications.

This was disclosed by Javier García, Tecnac’s International Sales Manager and Cost Controller in an interview at last week’s Chillventa trade show in Nuremberg, Germany.

According to García, there is currently a high demand for CO2, as well as other natural refrigerants, which is driving Tecnac’s expansion into new markets.

“Natural refrigerants are present and will be the future because governments and new regulation are going to make synthetic refrigerants disappear sooner rather than later,” he said.

Founded in 1988, Tecnac designs, engineers, manufactures and distributes components and accessories for the refrigeration and air-conditioning industries, including oil separators and oil receivers for both subcritical and transcritical CO2 applications. The company also manufactures liquid receivers, suction accumulators and valves for R744 refrigeration, as well as components for ammonia/NH3 (R717) and propane (R290) refrigeration.

“Natural refrigerants are present and will be the future because governments and new regulation are going to make synthetic refrigerants disappear sooner rather than later.”

With the UL and UKCA certifications, Tecnac products are now available in 61 countries across the world, including the U.S., Canada, Mexico and the U.K.

According to García, since gaining its UL certification, the company has been selling a lot of its products in the U.S. market.

In addition to the European and North American markets, García explained, South America is becoming a very important region for Tecnac right now, with “many opportunities” coming from the area. 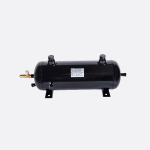 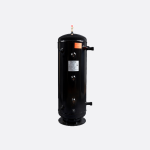 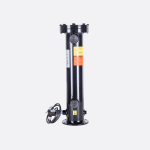