As natural refrigerants become increasingly popular HVAC&R solutions for complying with the EU’s F-Gas Regulation, the need to train technicians to operate these systems is becoming more acute. German manufacturer TEKO is investing in training to stay one step ahead of the competition. Accelerate Europe reports from Altenstadt near Frankfurt-am-Main.

“We want to share our knowledge with our customers, because they do all the installation and servicing. They have to know what to do to get their plant running correctly and efficiently,” says Jürgen Schmidt, TEKO’s training manager.

TEKO has been offering training courses at its Altenstadt headquarters since 2012. Currently it offers two types of training for HVAC&R professionals interested in learning more about working with natural refrigerants, which currently represent 60% of the German manufacturer’s product portfolio.

The first centres on planning complete projects, and is custom-designed for technicians, planners and engineers. The second course type is customised for contactor’s needs and focuses on the installation of CO2 units.

“Most of our customers are contractors, who build the plants for food retailers. Nevertheless, we also have some from the industrial sector,” Schmidt says.

In 2016, the company trained 600 people, 300 of whom received training on CO2. Schmidt expects this number to increase. “Every course is requested very well. We’re trying to have smaller groups, because then the learning effect for participants is much higher,” he says.

“You can only get people to overcome their fears by training them.”

The EU F-Gas Regulation aims to reduce the bloc’s HFC use by 79% by 2030, compared to the baseline of average levels in 2009-2012. To help deliver this target, it is progressively banning the use of certain HFCs in different types of new equipment.

“For everyone in the industry, the changes are very fast. We’re facing a shortage of trained technicians. We train internally a lot. But the refrigeration schools have to do more education on natural refrigerants,” says TEKO Managing Director Andreas Meier.

Meier argues that it would too simple to characterise this so-called ‘training gap’ as industry-wide. “If you go to Switzerland or Germany, people are already trained,” he argues. The next phase will be to train individuals from countries that are less familiar with natural refrigerants, he believes, citing Poland or other Central and Eastern European nations as examples.

TEKO has been offering CO2 training since 2012. “You can only get people to overcome their fears by training them,” Meier says.

The CO2 courses are designed to teach participants what to consider when planning and installing a system. They are complemented by practical exercises, for example in TEKO’s test supermarket installation or on the working CO2 rack housed opposite the training centre.

“We also give an impression of control strategies, which is about Wurm control systems,” Schmidt says.

How competitive are natural refrigerant-based systems compared to their HFC-based counterparts? “I think they are already competitive. The lobby for NatRefs has to grow and fight more against the chemical lobby. Raising awareness among end users is still crucially important for NatRefs to become more competitive,” says Meier.

Meier sees the beginnings of competition between different natural refrigerants themselves. “Depending on the capacity of refrigeration system, I see CO2 taking part of ammonia’s share in industrial installations, such as cold storage facilities, due to new technologies and high competitiveness,” he predicts.

The rise of CO2

TEKO reports impressive growth in its CO2 business. The company has already installed around 2,500 systems, with requests for CO2 transcritical systems doubling every six months for the past two years.

What does Meier think is driving this growth? “First of all, the EU F-Gas Regulation. Secondly, the decisions of end users like retail chains to go for NatRefs. And last but certainly not least, the products are becoming more and more competitive with HFCs,” he says.

This is an excerpt from a wide-ranging feature on TEKO in the autumn edition of Accelerate Europe. Click here to read it.

Andreas Meier is a speaker on the Market & Opportunities panel at the ATMOsphere Europe conference on natural refrigerants in Berlin next week. 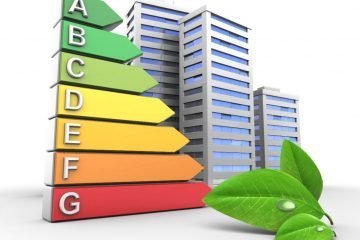