Ammonia is facing increased competiton in the market for ice rinks from another natural refrigerant – CO2., Some who work in the industry like Jörgen Rogstam, managing director of Swedish refrigeration engineering consultants Energi & Kylanalys (EKA), have even declared “ice rinks will go CO2 in the future”.

Thanks to their impressive energy efficiency, ammonia systems dominate Sweden’s ice rinks. 85% of them use the natural refrigerant, with the remainder using R404A and R134a or other hydrofluorocarbon (HFC) refrigerants. With HFCs currently being phased down under the EU’s F-Gas Regulation, manufacturers of CO2 technology are targeting the ice rink sector too.

Yet for CO2, “commercialisation has been a problem,” according to Rogstam. While ammonia has a long history of use in ice rinks, CO2 was first used in an ice rink in 1999 – in an ammonia cascade system in Austria. The first ammonia ice rink was installed in New York back in the 1870s.

In 2002, the International Hockey Federation called for the adoption of CO2 as the primary refrigerant for ice rinks. Yet it was not until 2010 that the first transcritical CO2 ice rink was installed, in Saint Gédéon, Canada to retrofit an R22 system.

Why has uptake been slow?

In the early 2000s, components for transcritical CO2 systems tended to be expensive and lacked cooling power. During this time, “the CO2 ice rink refrigeration system would have required about 15 [compressors], whereas a typical ammonia system would only use two compressors, which made the CO2 system seem expensive and impractical,” Rogstam says.

“Today the number of CO2 ice rinks is growing rapidly. There are now 25-30 CO2 ice rinks in the world,” he says. 20-25 of these CO2 ice rinks are in North America, 20 of which are in Canada (mostly in Quebec) and three in Alaska, according to EKA.

Carnot Refrigeration has been leading the way in North America. Marc-André Lesmerises, CEO and co-founder of Carnot, which has installed 65 CO2 transcritical systems in supermarkets across Canada and the US, sees potential for CO2 applications “everywhere”. Carnot has already put CO2 systems in “eleven rinks in eight different facilities,” according to Lesmerises.

In Europe the ice rink market has been slower to pick up. Although there are over 8,500 transcritical CO2 racks in supermarkets, there are fewer than ten in Europe. This may in part be due to Europe’s long tradition of using ammonia in ice rinks. In the US, strict public safety regulation in some states has prevented ammonia installations.

The times they are a’ changing

The more the cost of system components has decreased, the more people have invested in CO2 transcritical technology, Rogstam observes. EKA installed the continent’s first CO2 transcritical ice rink in the small town of Gimo, Sweden in 2014.

“There are [now] five CO2 ice rinks in operation right now and there will be a sixth just before Christmas. We, EKA, have designed five out of these six. We will probably add another five to seven CO2 rinks by the start of next season […]. There is a huge interest in CO2 technology in the ice rink business right now,” says Rogstam.

CO2 is also making inroads elsewhere in Europe. The new home of the Belgian national ice hockey team opened in Mechelen, Belgium in September 2016. The SCM Frigo facility is the country’s first ice rink to use CO2 as the sole refrigerant and the first capable of operating all year round.

“We noticed a much better ice quality in this installation. The feedback from the skaters and users is clear: they feel the difference [with CO2],” says Mirko Bernabei, technical director at SCM Frigo.

Ice rinks consume an enormous amount of energy, with the average usage of a Swedish rink weighing in at around 1,000 MWh per year. Typically the refrigeration system – whose cooling capacity is usually 300-350 kW – is the main contributor, consuming about 43% of total energy. Heat reclaim can help to mitigate these costs.

EKA argue that CO2 is the ideal choice for integrated systems. “CO2 can provide more heat at higher temperatures compared with other refrigerants,” Rogstam says. Compared with ammonia, which can only provide 15% of heat above 35°C, CO2 can deliver 60% above 35°C – according to EKA research.

The system in Gimo, Sweden was not just able to cool the ice rink but also heat a swimming pool in an adjacent facility via a secondary loop. EKA is now seeking to improve the heat reclaim technology further to make it more commercially viable and to build more CO2 ice rinks in Europe.

Ammonia seems to be going strong. Leading North American firm CIMCO has had a strong relationship with the National Hockey League for some time. “I’m the point guy with the NHL,” says Jose Mergulhao, CIMCO’s US operations manager, who has worked at CIMCO for 21 years and is a big hockey fan.

Working closely with the NHL to design and install most of their ice rinks is a dream come true for Mergulhao. “I played hockey up to university as well, so it’s fun,” he says.

The ammonia charge is kept as low as possible by “optimising the condenser design, optimising the chiller, and reducing the charge,” says Mergulhao, helping to make it even safer for NHL players to skate on.

CIMCO’s attention to detail and willingness to adapt technology has allowed it to develop a long-standing relationship with the NHL, he explains. They plan to build an ice rink for the Detroit Red Wings, and another rink in Las Vegas to be completed soon.

Diversification holds the key to success in any business, according to Mergulhao. With CO2 now part of CIMCO’s ice rink portfolio, he is enthusiastic about the growth possibilities in this market. “We hold patents for CO2 ice rinks in Canada” and patent approval is pending in the USA, he says.

CO2 is unlikely to replace ammonia but it looks like NH3 will no longer dominate the market so dramatically. The duo are set to get the world skating on 100% natrefs! 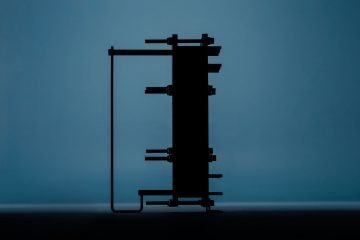