Training technicians on an existing transcitical CO2 system has proved to be a winning strategy for Australian retailer Woolworths and Heatcraft Australia.

Feedback from Woolworths’ technicians has been very positive so far, according to Dalveer Sangha, a strategic account manager at Heatcraft Australia, a wholly owned subsidiary of Beijer Ref.

“The technicians were quite encouraged to see a whole day of in-depth training provided by a supplier that could relate to not only everyday CO2 systems but also evolving technologies,” said Sangha.

“They also had the opportunity to apply recent learnings in practice by looking and touching the system during full operation,” he added.

Woolworths, in particular, has found that training conducted with live operational systems provides the most value in terms of knowledge and up-skilling.

The Wadalba installation has been useful in this regard, as it has been running very well even during the summer months.

“The CO2 system’s operation has been good,” says Douglas Herkess, segment engineer at Heatcraft Australia, commenting on its performance since July 2018.

“The racks are operating across a range of ambient temperatures, up to 38°C [100.4°F] so far this summer, with no issues,” Herkess said. “The high ambient solutions (adiabatic cooling and parallel compression) are working to maximise efficiency due these warmer periods.”

“The showcase/cool room temperature performance aren’t at all on the store manager’s radar,” he said.

However, the Woolworths team nonetheless faced challenges with the system’s operation, such as “getting the oil system working right and finding the sweet spot between operation of the flash gas bypass valve and parallel compressors,” said Ferlin.

It is here where Woolworths has identified the most valuable training opportunities.

“With these challenges,” Ferlin said, “comes the opportunity to work with our technology partners and field teams to optimise the installed system and improve subsequent iterations of system designs.”

“Such plant room working groups have no parallel when it comes to up-skilling and knowledge sharing,” he added.

Heatcraft Australia’s Sangha agreed. “Feedback was very encouraging from other senior figures within Woolworths too. This is the foundation for future training opportunities.”

Despite the need to fill the skills gap, Ferlin remains hopeful that such “deliberate measures that we’re taking with each installation” will help to overcome these challenges.

“Plant room working groups have no parallel when it comes to up-skilling and knowledge sharing.“

Responding to the urgent need for more skilled HVAC&R technicians, Heatcraft Australia, in conjunction with SCM Frigo – another Beijer Ref company – has recently been training refrigeration contractors on CO2 systems across Australia.

The need for technicians capable of installing, servicing and maintaining the mounting number of advanced CO2 systems deployed in Australia has frequently been cited as the biggest barrier to furthering natural refrigerant uptake in the country.

In particular, Heatcraft has been targeting sessions specifically at Woolworths service technicians who either have a transcritical system within their region or will have one in the near future.

“By 2020 we will install ten natural systems employing technologies such as transcritical CO2 or water loop,” stated the retailer in its Corporate Responsibility Strategy 2020 report.

Heatcraft’s Herkess has been leading the training sessions. He said that the combination of both theory and practical hands-on training has been valuable for the technicians who attended.

“This session was then followed up with a practical session on the recently installed Heatcraft transcritical equipment at Woolworths Wadalba, where the technicians had the opportunity to apply the theory learnt and to ask any questions they may have in relation to operation, controls, etc.”

“Uptake of natural refrigerants with new customers and segments is a priority in 2019.“

Natural refrigerants a priority in 2019

Heatcraft said that it will continue to focus on pushing its natural refrigerant solutions in 2019, along with its CO2 training sessions, which are open to the public.

“Our task now is to take the good work from the training that we have conducted with over 100 customers and convert applications from HFC systems to hybrid CO2 or completely natural systems,” said Heatcraft Marketing Manager Brett Hedge.

“Uptake of natural refrigerants with new customers and segments is a priority in 2019.”

Anyone interested in attending a future course should email training@heatcraft.com.au.

Natural refrigerants will be discussed at the ATMOsphere Australia 2019 conference organised by Accelerate Australia & NZ publisher shecco, which will be held in Melbourne on 8-9 May 2019.

For more information go to www.atmo.org/Australia2019 .

This article was excerpted from Accelerate Australia & NZ Issue #12. To see the original article, click here. 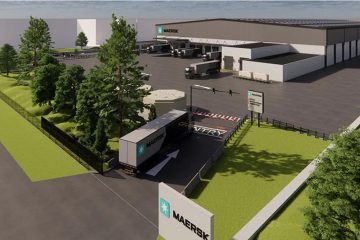